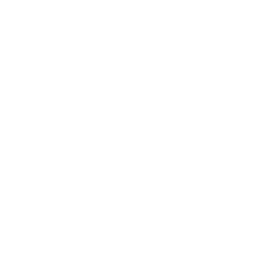 Somatic experiencing techniques focus on the sensory experiences of the present moment. Somatic therapy proved to be an effective treatment option for people who experienced trauma. However, it can also be used to relieve symptoms of substance abuse, stress, anxiety, depression, and chronic pain.

Most people struggling with addiction have a history of emotional loss, neglect or early childhood trauma. These life experiences usually operate on a subconscious level. However, a person may feel them as constant uneasiness, anxiety, and tension. It is a natural impulse to try to find a way to ease these feelings. Addictive behavior is actually an attempt to find balance and healing.

Somatic therapy helps people recovering from addiction focus on the present moment and begin paying attention to their innermost thoughts and feelings.

The Somatic Therapy component to the Intensive Outpatient Program program is 6 sessions. Additional sessions are available upon request and by availability. Our Somatic Therapist Geri Laurence has over 27 years working in addictions and disabilities field.

When a person is exposed to overwhelming stress, threat or injury, they develop a fixed and maladaptive procedural memory that interferes with the capacity of the nervous system to respond flexibly and appropriately. Trauma occurs when these implicit memories are not neutralized. The failure to restore flexible responsiveness is the basis for many of the dysfunctional and debilitating symptoms of trauma.

In response to threat and injury animals, including humans, execute biologically based, non-conscious action patterns that prepare them to meet the threat by defending themselves. The very structure of trauma, including activation, freezing, dissociation, and collapse, is based on the evolution of survival behaviors (Bolles, 1970; Nijenhuis et al., 1998a; Baldwin, 2013). When threatened or injured, all animals draw from a “library” of possible responses. We orient, dodge, duck, stiffen, brace, retract, fight, flee, freeze, collapse, etc. All of these coordinated responses are somatically based–they are things that the body does to protect and defend itself.

The bodies of traumatized people portray “snapshots” of their unsuccessful attempts to defend themselves in the face of threat and injury. Trauma is a highly activated incomplete biological response to threat, frozen in time. For example, when we prepare to fight or to flee, muscles throughout our entire body are tensed together in specific patterns of high-energy readiness. When we are unable to complete these appropriate actions, we fail to discharge the tremendous energy generated by our survival preparations. This energy becomes fixed (as a snapshot) in specific patterns of neuromuscular readiness or collapse (i.e., mobilization or immobilization). The person then remains in a state of acute and then chronic arousal and dysfunction in the central nervous system. Traumatized people are not suffering from a disease in the normal sense of the word—they have become stuck in a hyper-aroused or “shutdown” (dissociated) state. It is difficult if not impossible to function normally under these circumstances.

Somatic Experiencing avoids asking clients to relive their traumatic experiences, rather it approaches the sensations associated with trauma only after establishing bodily sensations associated with safety and comfort; these become a reservoir of innate, embodied resource to which the individual can return repeatedly as they touch, bit by bit (titration), on the stress-associated sensations. Biological completion and autonomic discharge occur in controlled and manageable steps as the therapist guides the client in attending to visceral sensation or subtle motor impulses associated with incomplete defensive responses.

While trauma is a nearly ubiquitous human experience, the manifestations of trauma-induced symptoms vary widely. When the nervous system has become “tuned” (Gellhorn, 1967a) by repeated exposure to long-term stress or trauma, the result is manifest in the symptoms of PTSS. Failure to resolve PTSS can evolve into multiple co-morbidities involving the cognitive, affective, immune, endocrine, muscular, and visceral systems. Somatic Experiencing is designed to direct the attention of the person to internal sensations that facilitate biological completion of thwarted responses, thus leading to resolution of the trauma response and the creation of new interoceptive experiences of agency and mastery (Parvizi et al., 2013).